GK Gloves Resume Goalkeeper coaching Consultancy Home Who i am

My name is Jan Splinter and I am a professional goalkeeper coach, working for many years in pro football.

I’ve played myself many years in the amateur leagues but never as a professional.

My coaching carrier started at FC Lisse and Van Nispen. From there, I have worked for the KNVB in different ages on district and national level.

I’ve worked at the KNVB with boys as well with girls from different ages.

After the KNVB, I went to HFC Haarlem were Ajax signed me up. After 2 great years in the academy and the first team of HFC Haarlem, it was time to move fulltime to Ajax  Amsterdam where I’ve worked for 5 years as goalkeeper coach.

I was responsible for the development of all goalkeepers in the academy as well as the second team who played in the professional Leaque.

After Ajax, I started my own company and worked in Greece and Italy

Beside these activities i started my own webshop for goalkeepers.

From august 2013 until December 2018, I worked 5,5 years at Almere City FC at the first team, playing in the Jupiler League / Keukenkampioen Division.

My goal is to bring goalkeepers to a higher level and bring them, if possible, to professional football were ever in the world. 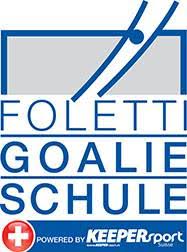